Since 1994, Ametherm has provided the most reliable and effective inrush current limiting solutions available.

They have newly developed the MS 35 Series Inrush Current Limiters that are capable of handling up to 900 joules of energy and 50 amperes of steady state current. This will be a useful component to consider for power electronics engineers in the design of power supplies and inverters.

Protect An Inverter From Inrush Current

A common failure of inverters is overloading the inverter due to inrush current . This is due to the fact that most inverters are designed with a minimum amount of resistance to increase their efficiency and minimize losses due to heat. 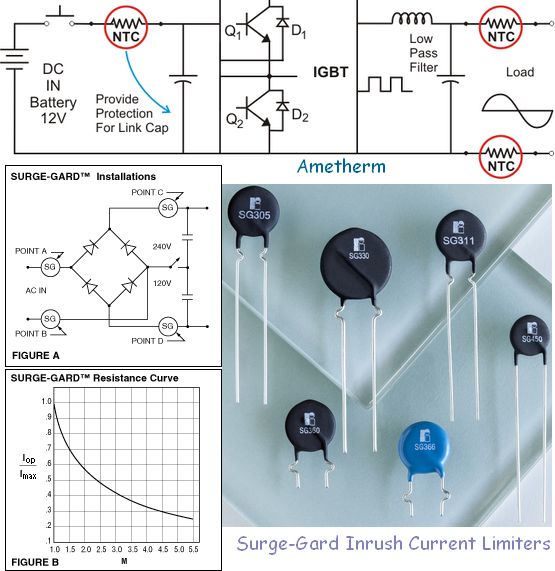